Not everyone is grading this time around so this will mainly be a Performance night, which will be a first for many of the students. The task here is simple…’Show us what you got!’ This is a great chance for students to really show off their skill and knowledge of martial arts, whether in Kata, partner combat work, weapons or sword!  We are planning demonstrations as well as performances which will involve everyone present. Some of our black belts are in the process of writing their own katas to perform with and without training partners, which we are sure will be marvelous to watch, let alone actually be a part of.

So preparations are underway and we as instructors are very much looking forward to our students coming to future lessons and saying ‘…well I’ve been working on this Sen…what do you think?’

When a student begins to experiment with writing their own sequences it shows how they think about what they are doing and consequently gives the instructors a different insight into how they are progressing with their journey in martial arts training. All patterns need to be explosive and enthralling but equally they have to be realistic, no point practicing something that mightn’t work, so we will be extra vigilant with what they are working on.

And it’s the Black Belt only Night Session next Monday! So guaranteed high grade mayhem planned for the black belts! This week we will be looking at some ‘baton’ fighting work! So bring those along if you have some (Richard San is currently placing an order). It is set to be a high tempo evening so be prepared!!

See you in the Dojo 🙂 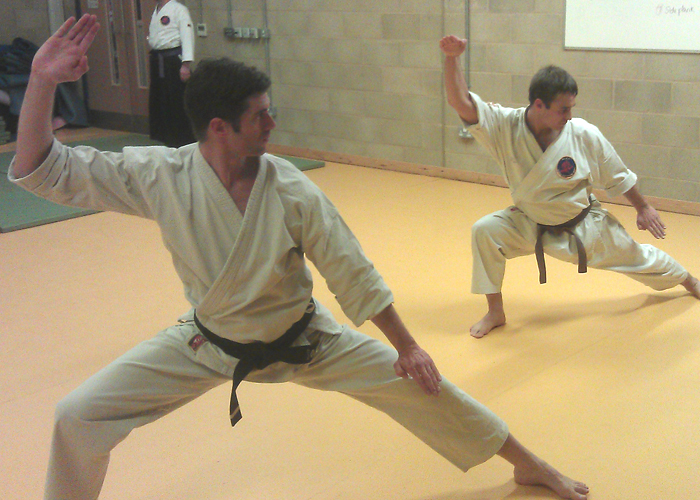