Great seeing so many of you at the weapons seminar last night!

The change from a weekend date to the Monday night for our free workshops seems to have been a good decision, that suits many more of you.

We love the idea that a weapons Seminar is always so popular, as sometimes we hear from a student that they can’t see any advantage to them learning or improving weapon work. They may say they have enough problems mastering the one discipline they are studying!

So it’s up to us as instructors to tell, show and even prove them wrong! For if you can control a weapon ( – be that a bokken, sword, tonfa, nunchaku, etc.) then to master your own punches, kicks and stance movement etc. is so much more straightforward! Plus, controlling a weapon requires quite fine, deft muscle coordination even for most of the basic movements, again adding more skill and control to your existing syllabus.

Weapon control is a very hard discipline to learn, fraught with a lot of frustration – as some of our new students found out this Monday night. But, as everybody we hope discovered, immensely rewarding and, when properly understood, gives all kinds of advantages!

As we had such good numbers at this seminar, we had to restrict weapon choices, so apologies for students who bought Sai and even to one of our more persistent black belts, who bought his 3 section staff along. (A weapon for a field, me thinks!!) We will try to get to those weapons next time.

So the students had to choose between bokken, nunchaku or baton. In each of these sets, we made an effort to give the students an idea of the advantage it will give them as a martial artist. We ended with a display to the class, hoping to prove this point (and it did!).

Nunchaku was as always, the most technical demanding of the weapons to master for the student, requiring a particular level of wrist control and ‘hand – eye’ coordination, teaching us the need to apply this dexterity and concentration to all aspects of the technical martial arts. Tim San led the class, teaching this weapon’s ‘advantage’ to the group. They saw the basic principles that lay beneath the technical nature of the weapon. The groups intense practice created a great display at the end.

Nick San took charge of the bokken group, the aim here was to teach the group the ability of sword to fire the imagination of a martial artist, no other weapon like sword can transport you back hundreds of years to a different time. And in our modern times this ability to perform with imagination and spirit is vital for the traditional martial artist , a great ‘advantage’! The groups final display showed all that imagination and artistry, even to the beginners in sword, revealing their latent sword talent beneath.

The last of the groups was baton, run by Richard San. Taking inspiration from the Escrima weapons concept, he taught the ability of this weapon (after a couple hours of much noise, and bruised knuckles!) to improve the fluid movements and coordination of all the students. Ending his session with a quick demonstration of the ‘advantage’ it might give you against an attacker with an edged weapon. Lucy San here, expertly performing the role as defender, doing a great job of beating off Richard San’s knife attacks!

Thanks again for all those of you who came along saw, learned and felt the ‘advantage’, of weapons. See you for the next seminar on May 11th!! 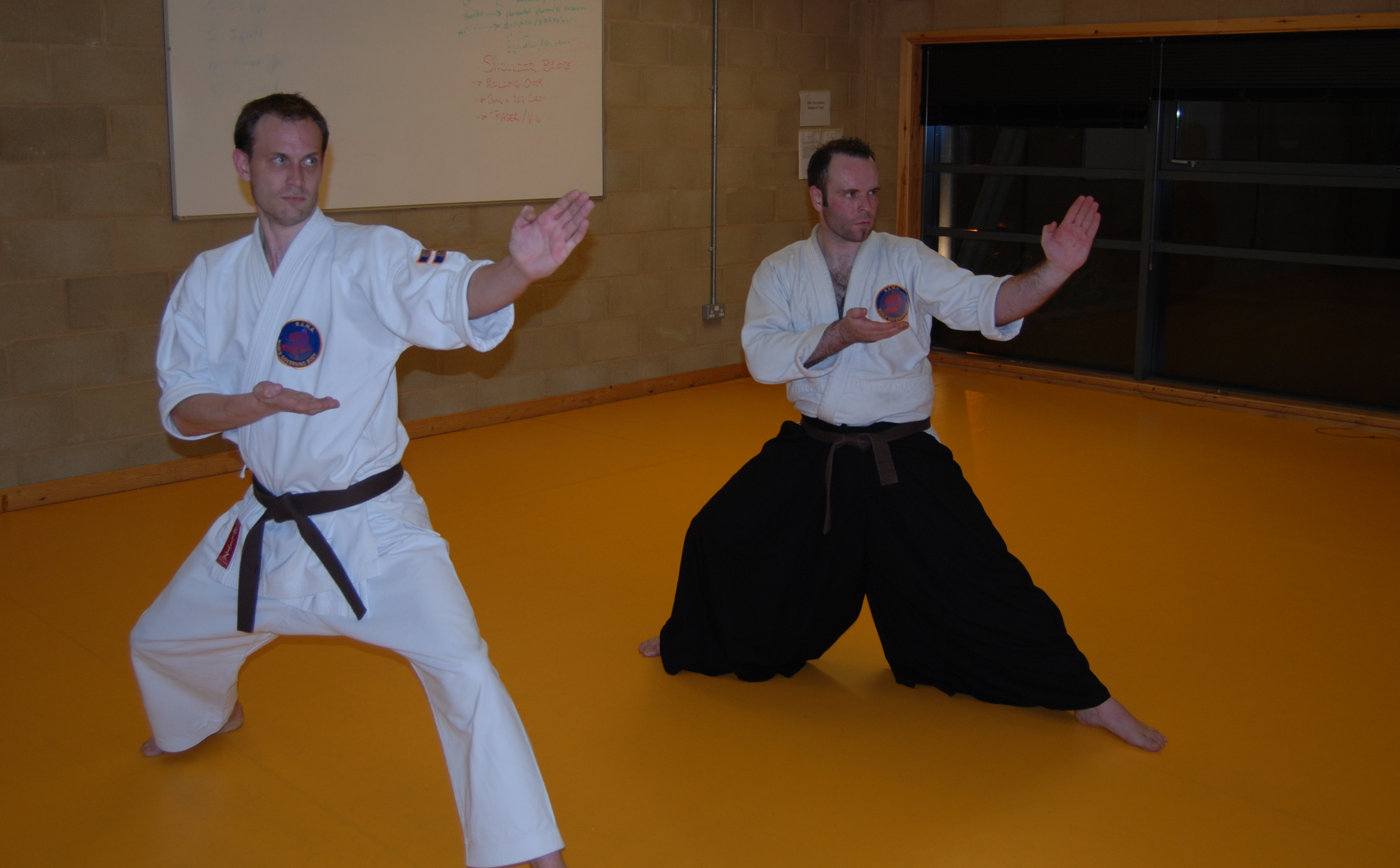 The Word From The Seminar…

Great to see so many of our students along for their free seminar last Monday night, good to have the full range from beginner to black belt! This seminar was our ‘Self Defence Part 1’, a Read more…

We now have the years dates for your ‘workshops’, published on the website, for you students to peruse at your leisure!   There is a change to the workshops format this year, we hope it Read more…

Our body position in relation to an attacker is what our next Wisewarrior Workshop on the 9th of November (1pm) will be about. As you can imagine, this fundamental principle gives us huge scope to Read more…